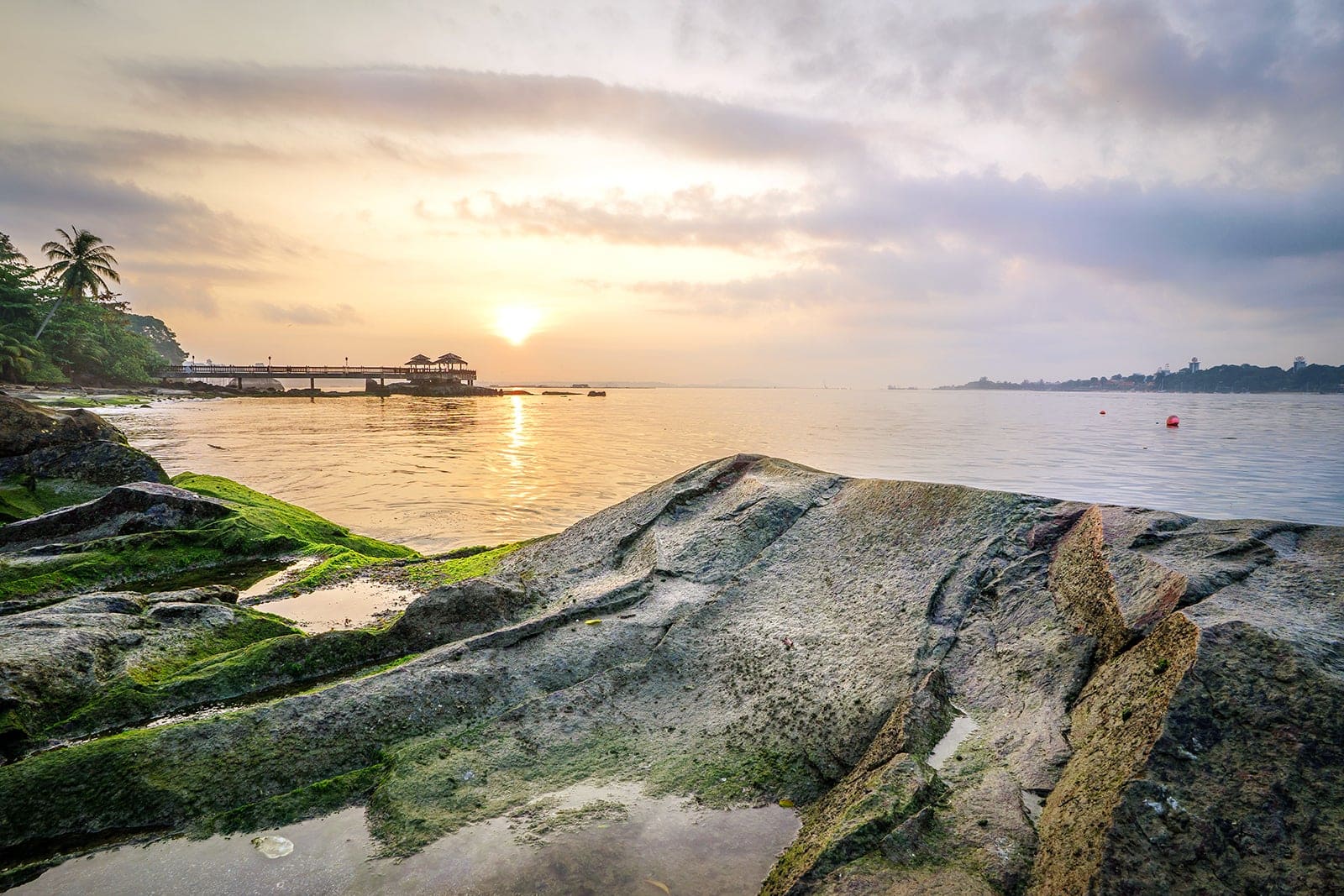 The main island of Singapore is well connected to the highly popular Sentosa Island which offers a variety of world-class theme parks and luxury hotels. Even so, there are several other outlying islands off Singapore that are worth exploring, all of which are less developed and less crowded.

These outlying islands off Singapore offer great places to swim, sunbathe, or even set up camp amid peaceful and natural surroundings. Most of these islands are just a ferry ride away from the piers on Singapore’s southern and eastern coasts. 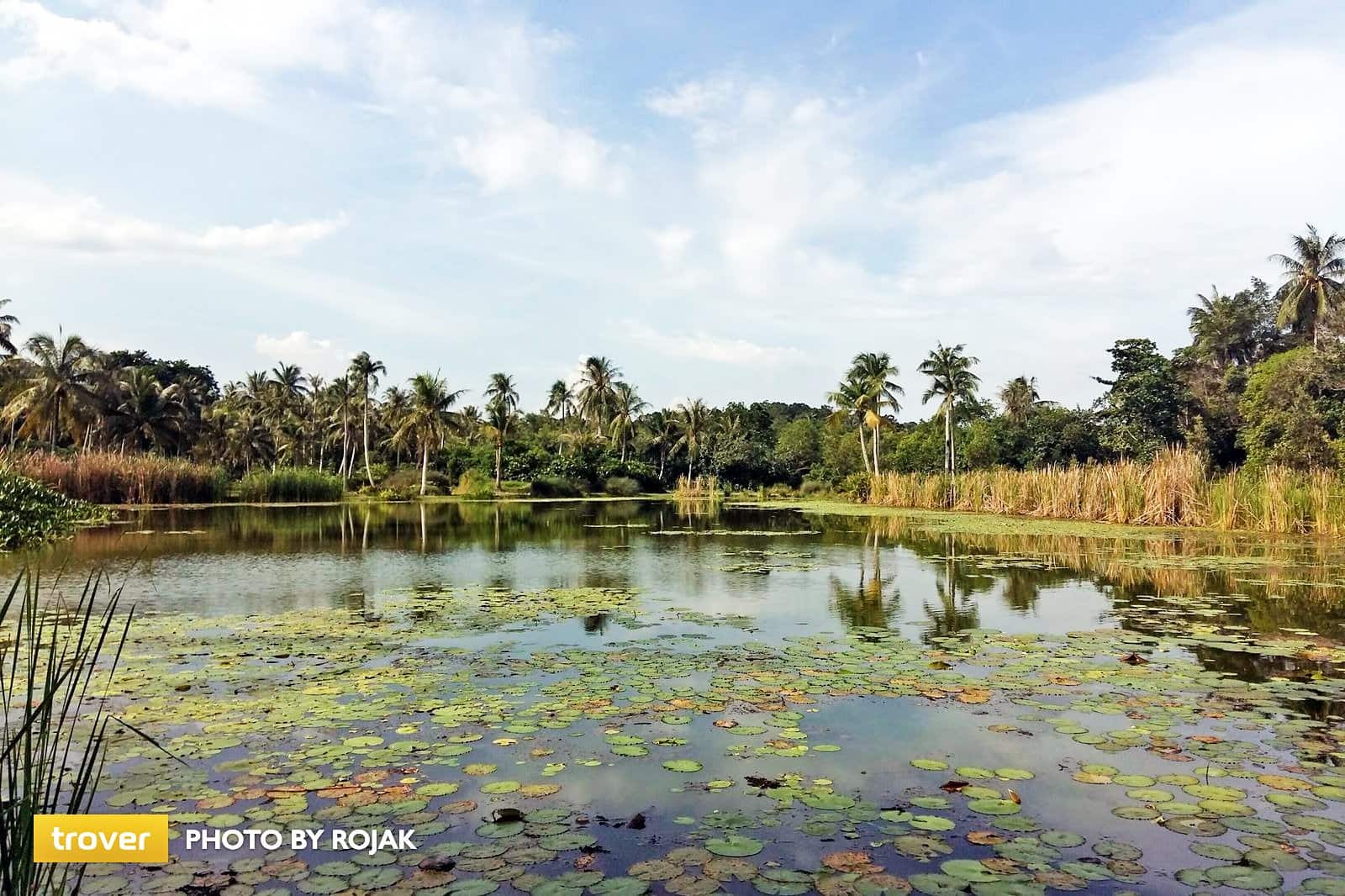 The mangrove island of Pulau Ubin has become highly popular as a weekend retreat and offers an interesting variety of activities and sights. You can rent a bike and go mountain-biking on the rocky trails all over the island, go swimming, or camp the night.

You can also see traditional fishing villages, prawn and fish farms, Chinese temples and limestone quarries. The seafood restaurants here are good, too. Pulau Ubin left more or less undeveloped for the last 4 decades, is home to a lot of interesting flora and fauna.

You can also take a survival course from the adventure school Outward Bound here. To get to Pulau Ubin, you can take an exotic bum-boat ride from Changi Jetty (for about S$2). 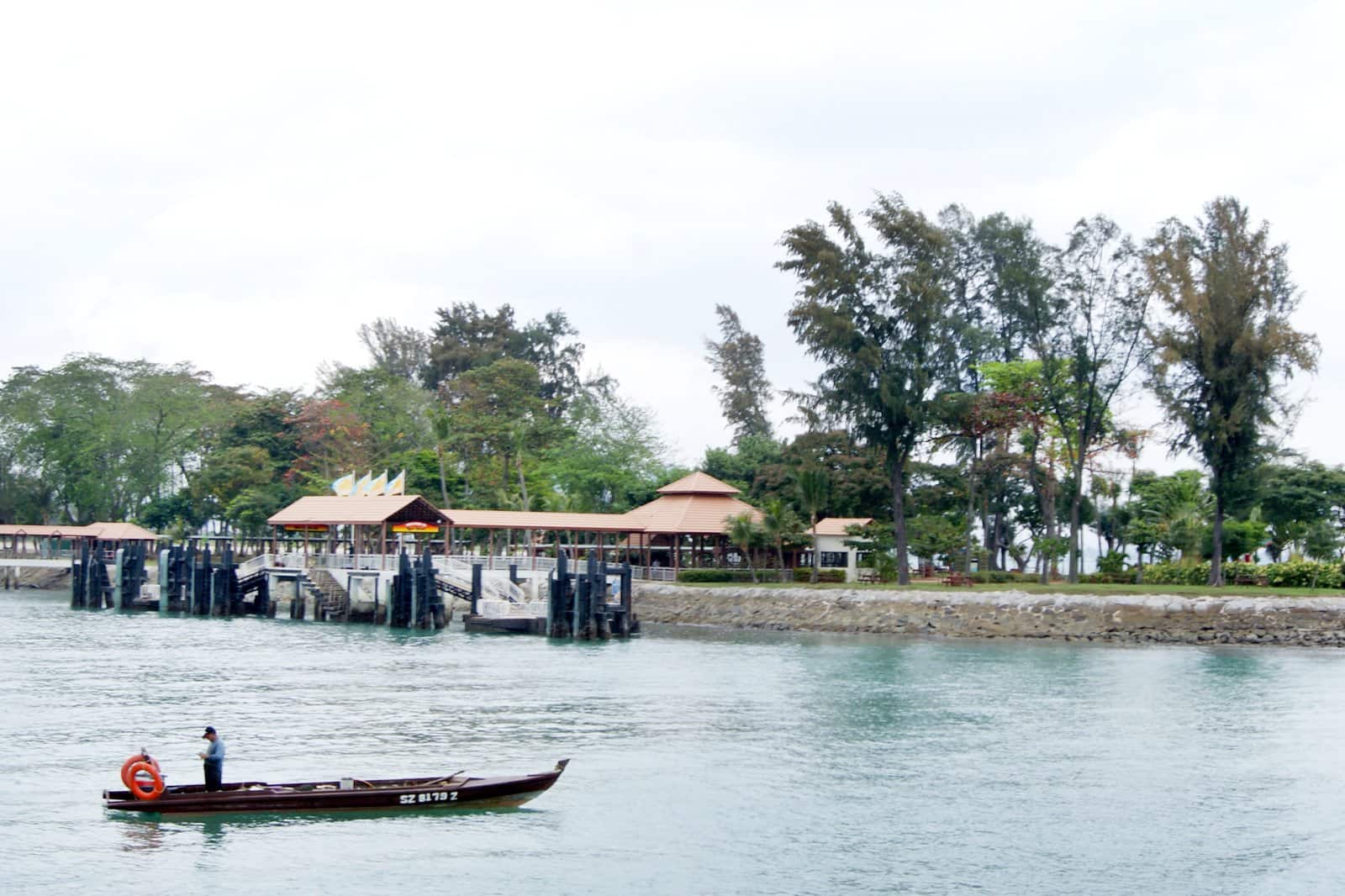 According to legend, Kusu Island was once a giant turtle that transformed itself into a huge rock to help save shipwrecked sailors. Today, the island is still embedded in various beliefs and rituals. Taoists make their annual pilgrimage to the Toa Pekong Temple near the ferry jetty during the ninth month of the Chinese lunar calendar.

Malays visit Kramat Kusu, which is located on the top of a hill. The kramat, or shrine, is dedicated to Syed Abdul Rahman, his mother Nenek Ghalib and his sister Puteri Fatimah. It is common for childless couples hoping to have children to visit this shrine, where they leave white cloths tied to the nearby trees as a token of the sincerity of their prayers.

If you’re neither Taoist nor wishing to have kids, you can always kick back and relax on a beach. The beaches at Kusu Island have changing rooms, toilets, picnic spots, and swimming areas. Admission to the island, which includes the ferry charges, is about SG$9 for adults and SG$6 for children.

Ferries from the World Trade Centre depart twice daily from Mondays to Saturdays, and 6 times a day on Sundays and public holidays. The ferries stop at St John’s Island as well. 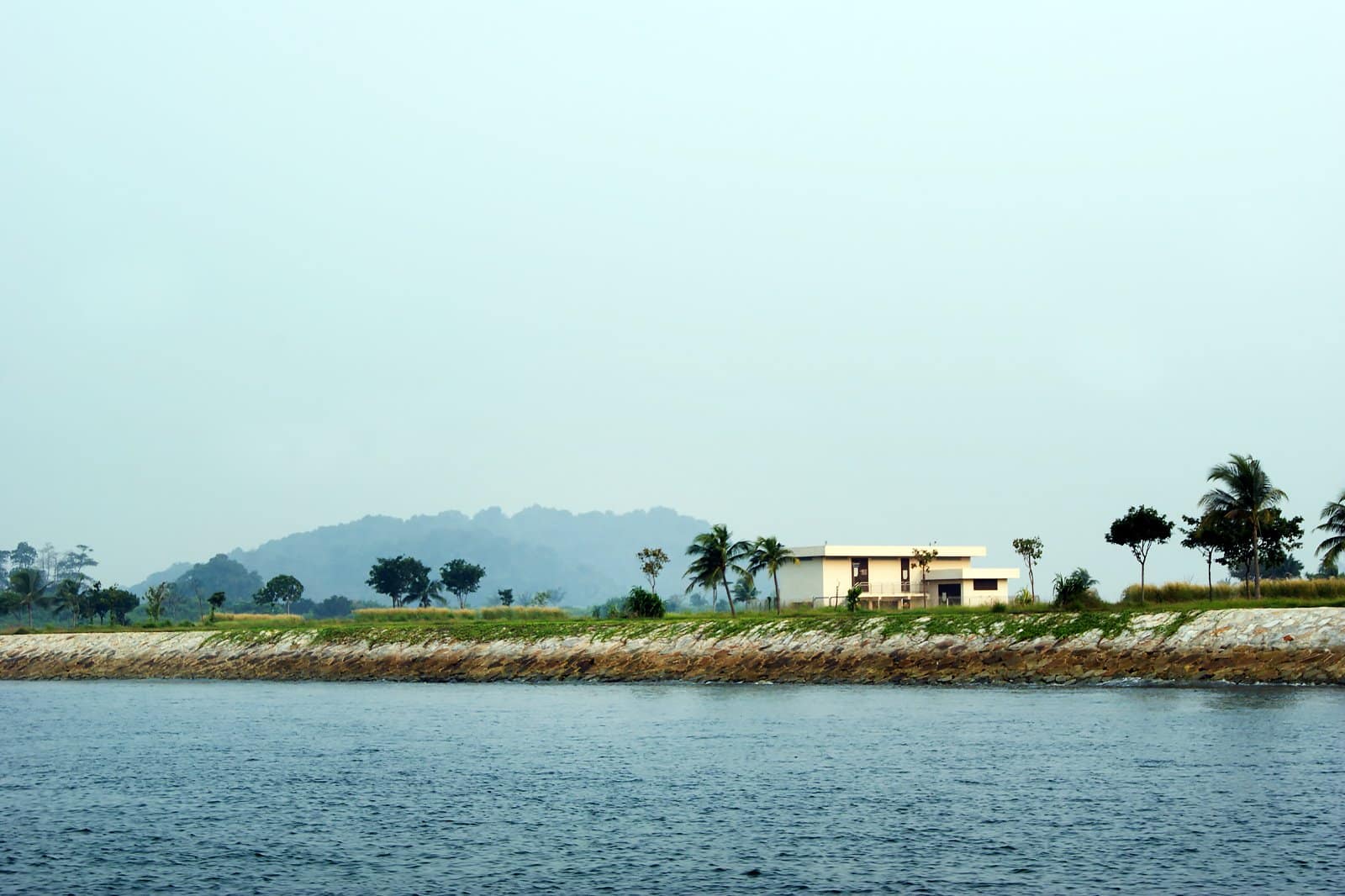 Saint John Islands has several good beaches for swimming and provides changing rooms, toilets, picnic spots alongside great swimming areas. It is a popular as a weekend getaway and for camping trips, but if you wish for something closer to civilisation there are always colonial bungalows that you can rent. You can check with the ticket counter at the World Trade Centre.

Ferries from the World Trade Centre depart twice daily from Mondays to Saturdays, and 6 times a day on Sundays and public holidays. The ferries stop at Kusu Island as well. Admission to the island, which includes the ferry charges, is about S$15 for adults and S$12 for children under 12 years of age. 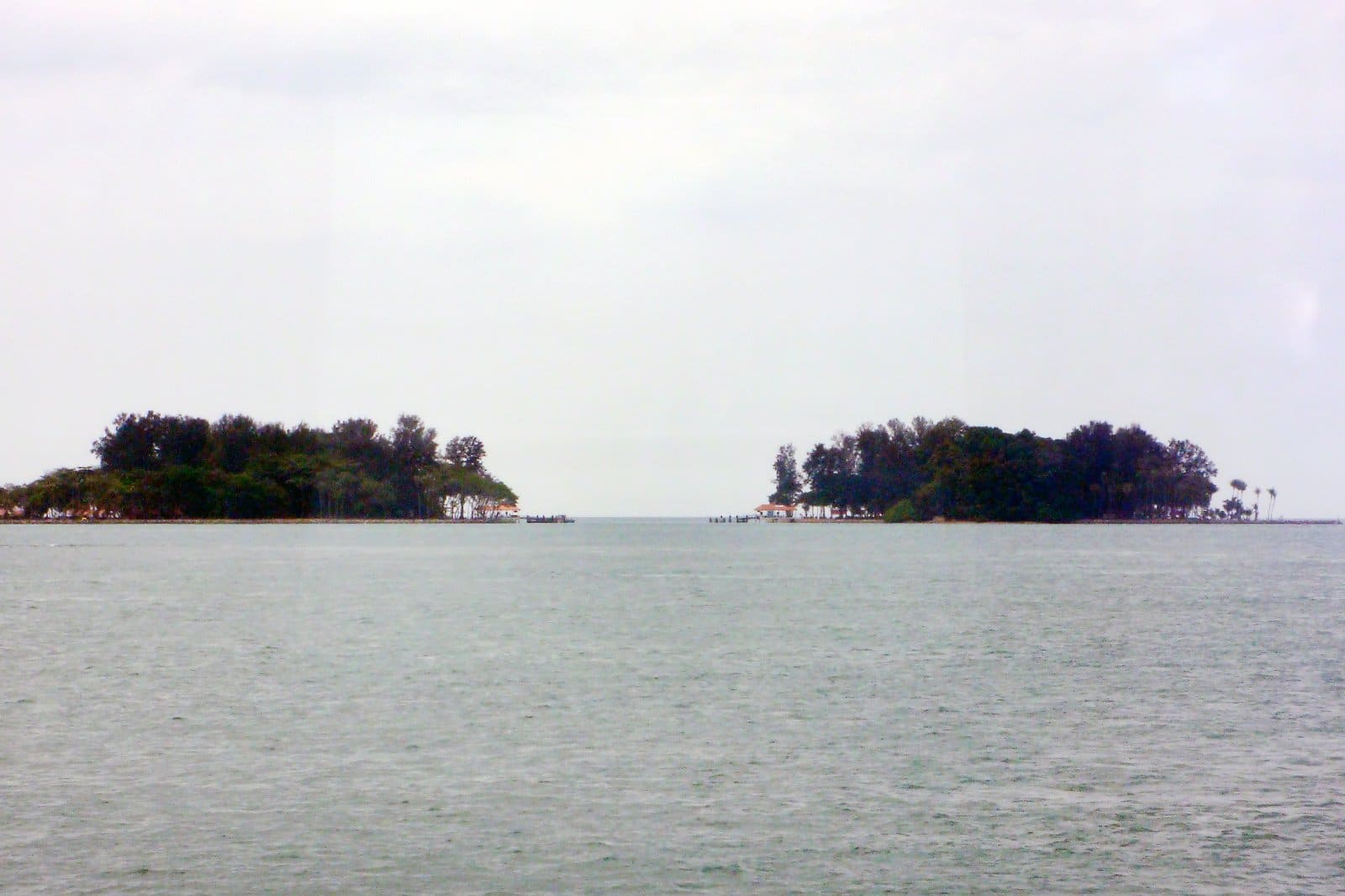 As its name suggests, Sisters’ Islands is made up of 2 islands – Big Sister’s Island (sized about 3.9 hectares), and Little Sister’s Islands (about 1.7 hectares) which are both good for swimming, snorkelling and scuba diving.

You can also enjoy a picnic on the grass or the sandy beach on the islands. There is no regular ferry service to travel to them, so you’ll have to rent a water taxi (at about S$50 per hour) at Jardine Steps or Clifford Pier.

photo by Thaejas (CC BY 3.0) modified